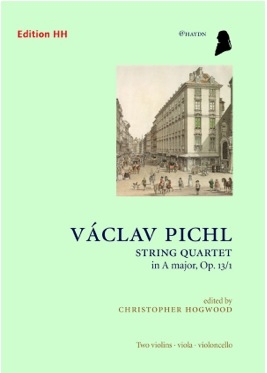 Czech-born composer Václav Pichl (1741–1805) spent much of his working life in Vienna, where the Empress Maria Theresa preferred him to Mozart. His compositions were performed at Eszterhaza by Haydn, who had a set of Pichl's "new quartets" copied in 1780 (he wrote over 30 quartets in all).

Op. 13, the present set of stylish and skilfully contrasted works, were dedicated to Dittersdorf, one of his early employers. They exploit all four instruments equally (even the viola is allocated elaborate solo passages) and offer an attractive alternative to the standard Viennese works of this period.