So begins Christopher’s Prelude to his 1980 book on Haydn’s Visits to England. Evidently, though, Haydn was wrong — certainly he was by all accounts extremely modest — for in this anniversary year it is not just his music that is receiving inevitably increased attention: Christopher’s classic text has just been reprinted by Thames & Hudson 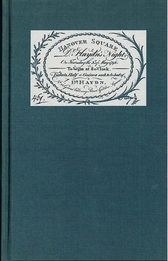 Offering a fascinating glimpse into late 18th-century life, politics and music-making; beautifully designed; absorbing and full of wry anecdotes; this book will appeal to music lovers and historians alike.

In September 1790, following the death of his princely employer, Joseph Haydn and his entire orchestra were sacked. However, Haydn received an unexpected visit from Johann Peter Salomon, a German impresario based in London, who made him a tempting offer: an opera, six symphonies and twenty other pieces to be written for the city, and a guaranteed income from a new concert series.

So, on 2 January 1791, Haydn arrived in England for the first of two visits that would leave an indelible mark both on the musical life of his host country and on the composer himself.

Using Haydn’s original letters and notebooks, and accounts by contemporaries, Christopher Hogwood brings a fascinating period vividly to life, as Haydn is taken up by London society, travels into the country, plays for the royal family and writes some of his most famous music. Haydn’s jottings reveal an insatiable curiosity (and occasional astonishment) at English manners, morals and customs, but it is the gentle humour and generosity of this highly original composer that makes the greatest impression.