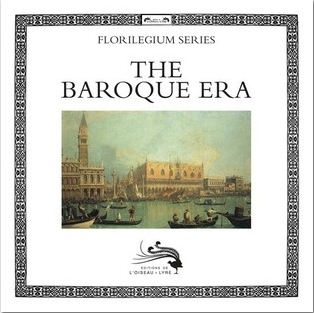 This proliferation of Christopher's recordings is testimony to his remarkable contribution to L'Oiseau Lyre's success. The set features music by English, German, French and Italian composers of the Baroque era, with Christopher's recordings appearing in each of these categories. A full list of the repertoire and performers on each CD can be found on Decca's listing for the set, along with audio snippets of each track.

The music ranges from such popular favourites as Vivaldi's The Four Seasons and Handel's Water Music, to lesser-known gems including a delightful pairing of Rebel's Les Elémens and Destouches's Les Eléments. Of particular note is CD 26, Christopher's recording of J.C. Bach's orchestral overtures, which has never previously been released on CD.

The box set includes a booklet with two specially-commissioned essays for the set: 'The repertoire' by Lindsay Kemp, and 'The L'Oiseau-Lyre story' by Raymond McGill. This is the first of three such limited edition box sets of L'Oiseau-Lyre recordings to be released by Decca, with sets for the Classical era and Medieval & Renaissance period to follow.