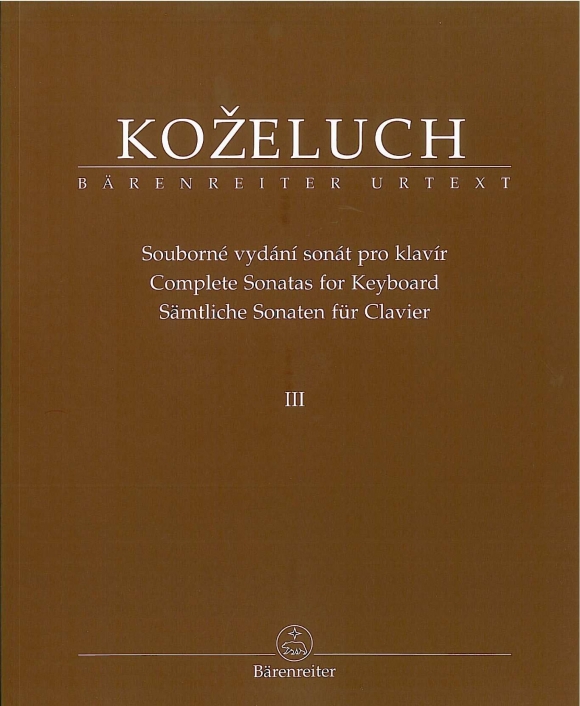 As the foremost representative of Czech music in 18th century Vienna, Leopold Koželuch (1747-1818) was noted primarily as composer, pianist and keyboard teacher. His 50 keyboard sonatas cover his entire career and mark not only the transition from the harpsichord and clavichord manner to the fully idiomatic forte-piano style, but also the development of the "classical sonata" which spanned several decades (from 1773 to 1809).

Until now, pianists have had little chance to acquaint themselves with the complete range of Koželuch's sonatas since few existed in modern editions. For the first time this new complete edition by Christopher presents all sonatas for keyboard solo. The sonatas are suitable for amateurs as well as professionals and are ideal for teaching purposes. The edition includes a detailed introduction, a critical commentary and facsimiles.