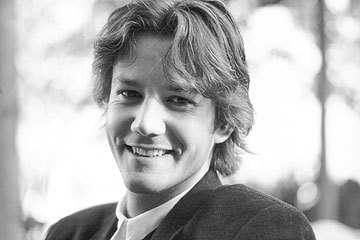 Also on the bill for Switzerland was a new work by one of the country's leading composers. Fabian Müller, who is 45 this year, feels himself to be drawn most strongly to the ideals of musical impressionism. His music is distinguished by its colourfulness and rhythmic variety and makes frequent reference to the folk music of Switzerland (both rural and urban). His Concerto per Klee for cello and chamber orchestra was recently premièred by Stephen Isserlis.

"That the Symphony sounded so delicate and lively owed less to the music itself than to Hogwood's light touch, with which he encouraged the broad bow-strokes, and stoked the joyful playing, of the Austro-Hungarian Haydn Philharmonic." Neue Zürcher Zeitung