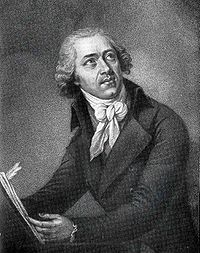 By the end of the eighteenth century Koželuch was the composer "most celebrated in all of musical Europe" for reasons summed up by Charles Burney: "His style is more easy than that of Emanuel Bach, Haydn or Mozart; it is natural, graceful, flowing", "pleasing" and "pure". For more than a quarter of a century he defined the musical tastes of the aristocracy and general public alike, in the music capital of the world, Vienna.


However, his very accessibility has been the cause of his subsequent neglect; after his death fashion had moved on and "pleasing" became a dismissal, and more recent musical scholarship has preferred to focus on the great masters of the period.


In his Introduction, Christopher discusses Koželuch's place in musical history, not only as a composer whose sonatas display to perfection precisely the features required of a sonata by theorists of the period, but also as innovator in his own right; both his anticipation of Beethoven's and Schubert's tragic-pathetic manner, and his creation of the fêted cantabile idiom, have been seen as chance if not overlooked entirely, along with his frequent, less easily-defined harmonic adventurism. His preference for the fortepiano over the harpsichord and clavichord also marks a significant break with the past; his writing is highly idiomatic to the newer instrument. 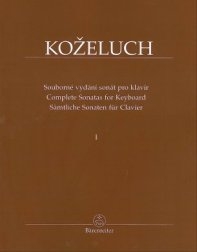 The four-volume series presents the sonatas chronologically, the first volume covering the period 1780-1784; Volume II (1784-86) is expected later this year. The internationally-accepted spelling "Koželuch" has been retained, the variant "Koželuh" being only a more recent development, though one favoured by many modern-day Czechs. As well as Christopher's Introduction, this Urtext edition provides facsimiles and full critical notes, as well as a thematic index to the series.