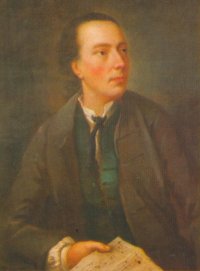 Charles Avison, baptised on 16 February 1709, was an important figure in composition in the eighteenth century, though his achievements are often overlooked. Born in Newcastle and living away from the hotspot that was London at this time, Avison did not enjoy the fame that was enjoyed by William Boyce and Thomas Arne, who were busy making their mark in London. However, Avison’s impact on the musical life of the eighteenth century must not be understated; he is considered to be the most important English concerto composer of the eighteenth century.

Richard Avison, Charles’ father, was a musician and presumably used his contacts to further his son’s career. Certainly, it is documented that Avison had help from an MP and wealthy patron of the arts, Ralph Jenison, which must have enabled Avison to continue his musical studies more comfortably. Despite unsupported claims that Avison studied in Italy, William Hayes and Charles Burney wrote that Avison studied with Geminiani when he was in England.

The earliest documentation of his musical career is an announcement of a benefit concert on 20 March, 1734, in London at Hickford’s Room. In June 1736, Avison became organist of St John’s Church in Newcastle having, apparently, turned down various jobs in London, Dublin, York and Edinburgh. In the October of the same year, Avison accepted another position at St Nicholas in Newcastle, and indeed he kept that position until his death in 1770. 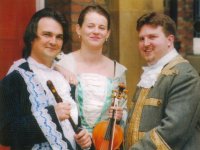 In 1735, he organised the Newcastle Subscription Concerts which became one of the most successful concert series outside the capital. Avison’s sons Edward and Charles continued these concerts after his death and they have been revived in recent years by The Charles Avison Society.

In 1752 Avison published ‘An Essay on Musical Expression’ which is considered to be the first treatise of musical criticism in English.

As a composer Avison is best known for his concerti for strings which total over 80. Other works include chamber and sacred music. In his orchestra, Avison had some notable performers of the time: William Herschel — celebrated astronomer, Ralph Beilby — engraver, and William Shield — a pupil of Avison, who later became Master of the King’s Music.

To read more about Charles Avison, The Charles Avison Society and the Avison Ensemble, please click here to link to their website www.avisonensemble.com