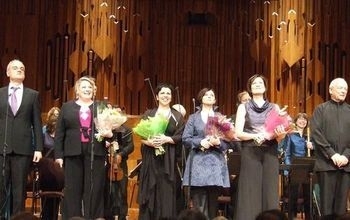 "It was the direction of Christopher Hogwood that will be the lasting memory", wrote Andrew Benson-Wilson in Early Music Review of the performance of May 17. "Unusually for my concert reviews, readers will be able to decide if I am talking nonsense as this concert will be broadcast as part of the BBC Radio 3 Handel opera series on 24 September at 2pm. I hope you find it as enthralling as I did."

On account of its length, the opera will be broadcast over two days, concluding with Act III on Friday 25 September at 2pm. The broadcasts will subsequently be available for a week on BBC iPlayer.

The cast of the production — only the third UK revival of the work since the 1730s — was as follows: