‘This was the third in three years of Christopher Hogwood’s rare Handel operas in concert, which are the finest things I have heard him do in London. Unlike so many European Handelians, Hogwood refuses to add what he doesn’t see in the score.’ (Hugh Canning, The Sunday Times, May 24)

‘Christopher Hogwood and the Academy of Ancient Music have audibly been industrious. On Saturday [May 9, Brighton Dome] the orchestral writing bustled cleanly, athletically, with only modest continuo decorations to interrupt Handel’s stride. That was a joy to hear.’ (The Times, May 13)

‘Christopher Hogwood’s production of ‘Arianna in Creta’ was the first major British one in living memory, and the Barbican [May 17] was packed. Such is the draw of Handel - and of Hogwood’s Academy... No praise can be too high for the instrumental support.’ (The Independent, May 18)

Prior to the tour, Arianna was extensively previewed by Christopher Morley in the Birmingham Post: as well as Arianna, Mr Morley also discussed with Christopher the current exhibition he curated at Handel House, Handel Reveal’d: 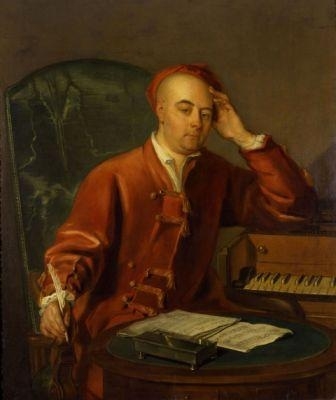 Christopher Hogwood has rekindled interest in a master of opera, writes Christopher Morley.

Thanks to the pioneering work of Professor Anthony Lewis at Birmingham University’s Barber Institute in the 50s and 60s, Birmingham has a proud record in the rehabilitation of Handel as a viable operatic composer.

Now the city is due to become the venue for only the fourth performance of Handel’s Arianna in Creta, premiered at the King’s Theatre in London’s Haymarket in 1734, and now brought to the Town Hall as part of a mini-tour by the Academy of Ancient Music (AAM).

It forms the final stage in the AAM’s three-year exploration of rare Handel operas, one from each decade of his main theatrical activity. In 2007 we heard Amadigi di Gaula (written in the 1710s) and continued last year with Flavio, Re di Longobardi (1720s). Like the previous offerings, Arianna is conducted by Christopher Hogwood.

Rather along the lines of Simon Rattle’s famous Towards the Millennium project, and the CBSO’s forthcoming 2020 exploration, the AAM’s project could have continued for another year, bringing us one of the handful of operas Handel composed in the early 1740s. Might this in fact happen, I asked the conductor at his Cambridge home?

“Originally the academy planned on a three-year cycle ending this year,” he tells me, “but they liked the idea, and the last I heard from the management, they were thinking it was probably reasonable to go on and do more.

“So I think if that goes ahead we’ll be able to cover some of the operas that aren’t normally seen onstage – a little from each period.”

He goes on to explain that the plan was to choose from the less well-known operas.

“Twenty-five years ago we were clamouring for any opera to be heard, because there was a general public ignorance about Handel being primarily a theatre man.

‘‘But that’s been put right very substantially, but perhaps with a partiality to a few works that get shown more frequently than others. “There seems to be no point nowadays in doing a Julius Caesar, for example, or an Ariodante in a concert version, any more than doing a Figaro or a Don Giovanni.

So it leads us to look at other operas which for whatever reason haven’t caught the imagination of the big opera houses.”

Arianna comes to Birmingham with a starry international cast. What are the logistics of assembling and rehearsing such a group?

“Long lead-time, I think, is the secret! Most of the people, like the singers we’ve selected, have a partiality for Handel anyway, so they would feel naturally inclined to doing it.

“If you want to get a good team of that calibre, it just means you have to start asking whether they’re free rather early on, because I think opera houses have realised that they are good for this repertoire.

‘‘Also, of course, they’re very good for classical repertoire too, so are very liable to get booked up.”

There has been one late cast change, with Angelika Kirchshlager having to cancel through illness. But even that threw up one positive insight for the conductor.

“A change of cast has to be done by a lot of telephoning!

“There were quite a few people who were available, and, to my interest, really, quite a few who had actually sung the part before. So that shows Arianna has not been neglected in some places as I was perhaps imagining.”

Christopher Hogwood comes to Arianna after conducting a run of performances of Handel’s Acis and Galatea at the Royal Opera House in Covent Garden. And he has also been busy during this year marking the 250th anniversary of the composer’s death with curating an exhibition at the Handel House museum in Mayfair’s Brook Street, where Handel spent most of his life, and where in fact he died.

He tells me about Handel Reveal’d.

“Well, it’s a new angle perhaps from the sort of Handel shows they’ve been doing, because since they opened they’ve had a number of focused exhibitions, but it’s mostly been on Handel’s music, or Handel’s singers, Handel’s divas, his working colleagues.

“When they invited me to think of a theme for this show it seemed to me that there hasn’t been an exhibition that answered simple questions about Handel’s life in the house.

‘‘What was he like, where did he sleep, what did he eat, was he healthy or unhealthy, did he drink, what happened to his eyesight, did he have a big library – those sort of interesting questions that people ask, and you have to dig around quite a bit. Even what did he look like?

“By assembling quite a long line of portraits and statues of Handel over his lifetime, you can begin to see the one or two improbable ones that are probably not Handel, and, also, in the ones that are genuine you can see an ageing of the face which is very interesting.

‘‘You get a picture of what he looked like with his wig and without his wig.”

Christopher Hogwood regrets there isn’t room in this particular exhibition to hang all the pictures Handel acquired during his career (the composer once mistakenly believed he owned three Rembrandts), but hopes one day to be able to create a room lined ceiling to floor with pictures in exactly the way Handel would have experienced.

After all the work of assembling it, the present exhibition runs until early autumn.

“It’s quite an effort to get things together, like the life-mask, which is in private hands and hasn’t been seen for a long time, and the famous portrait by Mercier, which belongs to the Earl of Malmesbury, and we managed to get permission to hang that.

“It’s a nice show, and they frequently give little concerts in the front room of the house as well, so if you time your visit with their calendar you can catch music as well as the signs of how Handel lived.”

To read a German interview with contralto Sonia Prina, who sang the role of Carilda, click here