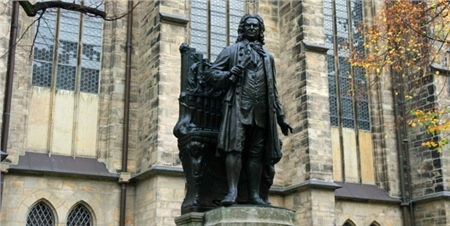 The leading British conductor and Bach scholar Christopher Hogwood, who in 1973 founded the Academy of Ancient Music with its mission to play Baroque music on period instruments, tells me that he’s puzzled by students coming his way who, for instance, play minuets every day of their lives without knowing how to dance a minuet. “That doesn’t mean they don’t play a charming minuet,” he says, “but trying to make sense of Bach without knowing what was in his world is a compromise. I understand that students who practise their instruments for eight hours a day are unlikely to want to go to the library to learn about 18th century theology. But there’s no point in playing a choral prelude without knowing the chorale. And if you know the chorale you might as well know the words that were sung to the chorale; and then you might as well know a little bit about 18th century theology, Lutherism and Calvinism, and you’ll be a little closer to what was in Bach’s world.”