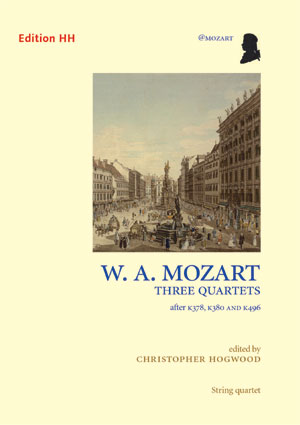 Over the past two decades “the arrangement” has enjoyed something of a revival, which would surely be a source of delight to classical composers, although they would never have understood why it fell out of favour in the first place.

The present set of three string quartets, arranged from two violin sonatas and a piano trio, were originally published by André in Vienna in 1799. A certain independence is noticeable on the part of the anonymous arranger, but the results are strikingly successful, effectively adding three new works to the Mozart œuvre and providing a welcome and gracious alternative for those quartet players who are seeking to move beyond the familiar, over-exposed repertoire.