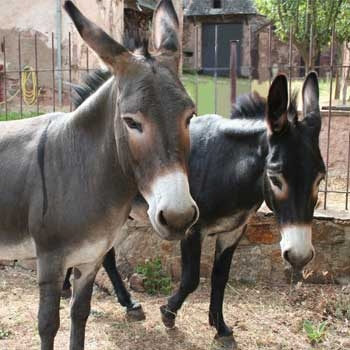 Ahead of his Royal Opera House run of Purcell's Dido and Aeneas and Handel's Acis and Galatea — a double-bill of anniversary-year composers that also pairs The Royal Opera with The Royal Ballet — this week's edition of The Lady features an interview with Christopher in its column 'Favourite Things'.

While also making room for some of his least favourite things – background music and needlessly 'updated' opera productions – the article takes in Christopher's diverse tastes as a musician ('far beyond the baroque') and as a collector: 30,000 books; 3,000 coffee cans.

The article (by David Gillard, from The Lady, March 17-23) appears below. Apologies, on behalf of the publication, to Christopher’s donkey Rabanne, mother of Paco, for the misspelling of her name. 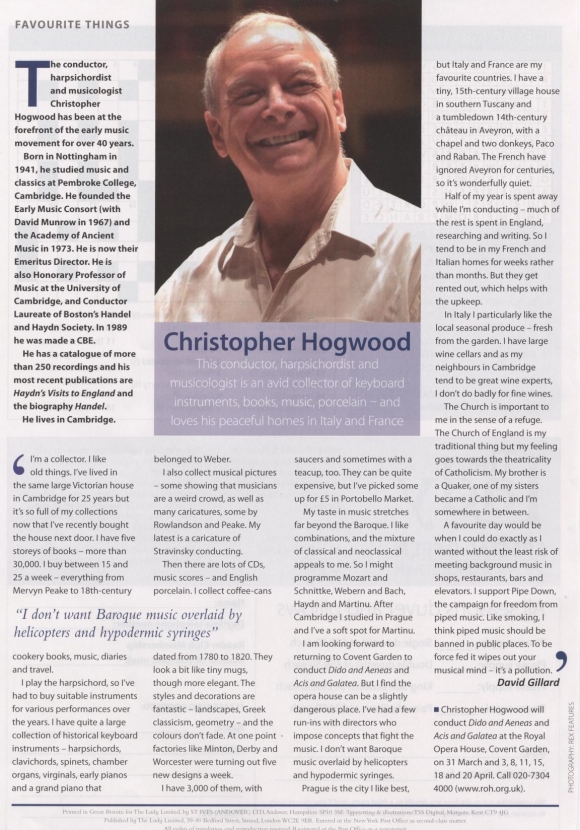