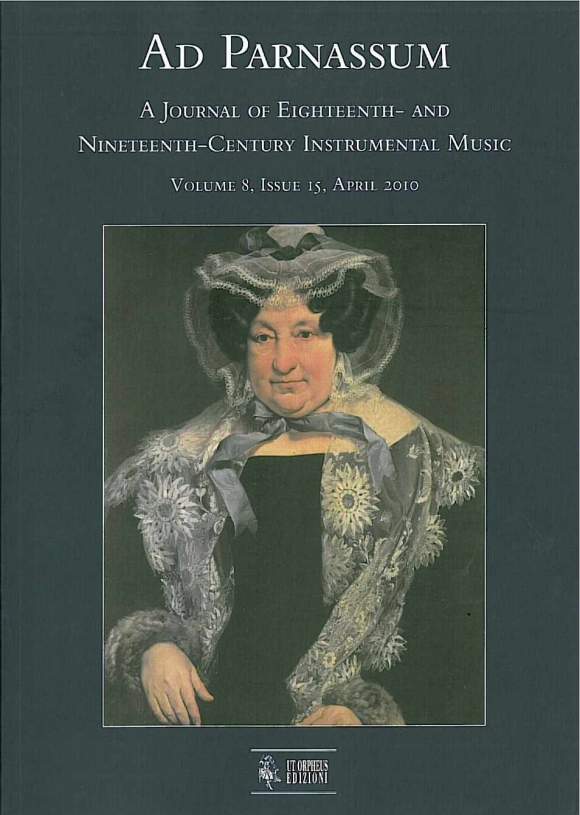 In April the first volume of an important new venture appeared, the publication of Geminiani Opera Omnia by Ut Orpheus Edizioni of Bologna, with the collaboration of the “Centro Studi Opera Omnia Luigi Boccherini” of Lucca.

This venture, which has been in preparation for several years, will present all the works of Geminiani (1687-1762) – instrumental, vocal and didactic – in full critical editions, to celebrate the 250th anniversary of the composer’s death in 2012. It will contain all authentic works by Geminiani that are known to survive, as well as selected works of uncertain authenticity; demonstrably spurious works are omitted. The composer’s first versions, revisions, arrangements and re-workings will be presented consecutively by opus number, in addition to his adaptations of works by his teacher, Corelli.

Although Geminiani, born in Lucca, was held to be the equal of Corelli in his own day – and indeed thought by some to be superior to his contemporary Handel in instrumental composition- his considerable output of music and didactic writings has only been available in piecemeal fashion, much of it never reissued since his lifetime except in facsimile, and thus largely inaccessible to the modern performer. This lack of material designed for practical performance has concealed the enormous originality he showed both in writing and re-writing his own music, and that of Corelli. Francesco Geminiani Opera Omnia rectifies this omission with the first uniform and accurate scholarly edition of all versions of his music and writings in a form that allows pertinent comparison and re-evaluation.

The first volume to appear contains the Op. 5 sonatas for cello and continuo, and also the first modern edition of their arrangement by the composer as violin sonatas. The second volume, just published by Ut Orpheus Edizioni, presents three sets of Geminiani concertos in their first editions since the eighteenth century: 6 Concertos after Corelli Opp. 1 & 3 (1735); 3 Concertos from Select Harmony (1734); and 2 Unison Concertos (1761).

The next few volumes, which will appear in the course of this year will include full orchestral concerti (Op. 7), and his important treatises on harpsichord accompaniment and the cultivation of True Taste. It is hoped that the volume containing his most important tutor, The Art of Playing on the Violin, will also be able to appear in 2010.

Further collections of sonatas, the important collections of concerti grossi (Opp. 2 and 3) and the collections of keyboard music will appear over the next two years, and the project will be rounded off by the publication of a Thematic Catalogue, both in book form and via the internet.