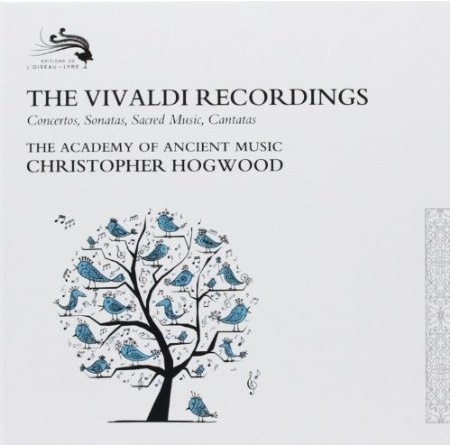 The box set represents the full range of Vivaldi recordings Christopher made with the AAM, and includes L'Estro Armonico Op.3, La Stravaganza Op.4, and the violin concertos Opp. 6, 8, 9, 11, and 12; solo concertos for flute (op. 10), oboe, bassoon, and cello; and various concerti grossi. Also featured are the complete cello sonatas, along with the cantatas "Amor, hai vinto" and "Nulla in mundo pax sincera", and sacred vocal works Stabat Mater, Nisi Dominus and the enduringly popular Gloria.


The sleeve notes for this reissue include new pieces by Christopher on 'Vivaldi in Performance' and by Michael Talbot on 'The Importance of Vivaldi'. The set carries the following dedication:


Dedicated to the memory of Peter Wadland, a figure unique in the glorious history of L’Oiseau Lyre, of which he was for many years artistic director, personally producing the majority of its recordings.