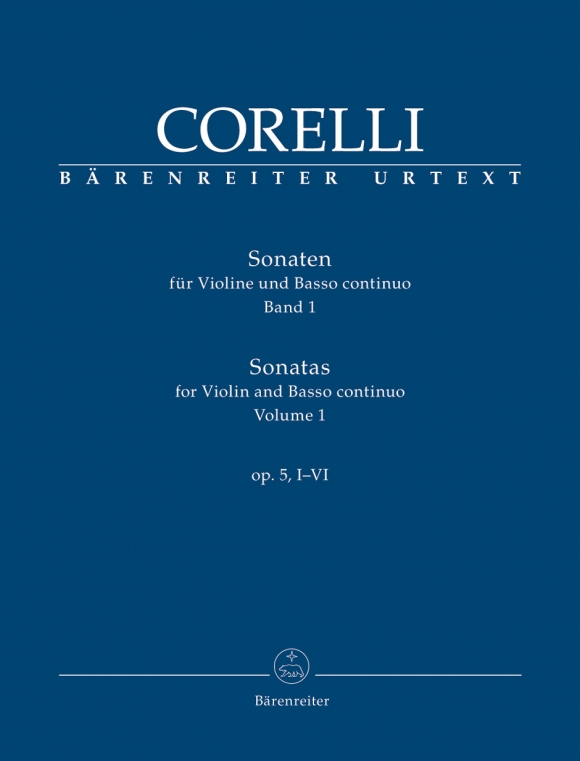 In addition to a new critical text of the music as published by Corelli on New Year's Day 1700, this edition looks back at evidence of earlier versions of these famous pieces and includes two novel features:

— The realisation of the continuo part for all twelve sonatas is taken from a manuscript source written out by Antonio Tonelli probably during Corelli's lifetime; although much commented on (and described by New Grove as "perhaps the most important example of written-out continuo in the 18th century") this is the first time it has been seen in print.

— A separate violin part contains 102 separate movements from the sonatas in embellished versions by 18th-century players and composers, including Tartini, Geminiani (Corelli's most famous pupil), the Swedish virtuoso Johan Roman, Geminiani's pupils Michael Festing and Dubourg, the Scots McGibbon and McLean and many others, most of them printed here for the first time.

As a major help to all performers interested in presenting an 'authentic' account of these seminal works, this edition marks a significant step forwards which (we hope) will bear fruit during this anniversary year for Corelli.

The first page of the introduction to the edition can be found on-line, in both English and German, here and a sample page of decorated movements below. 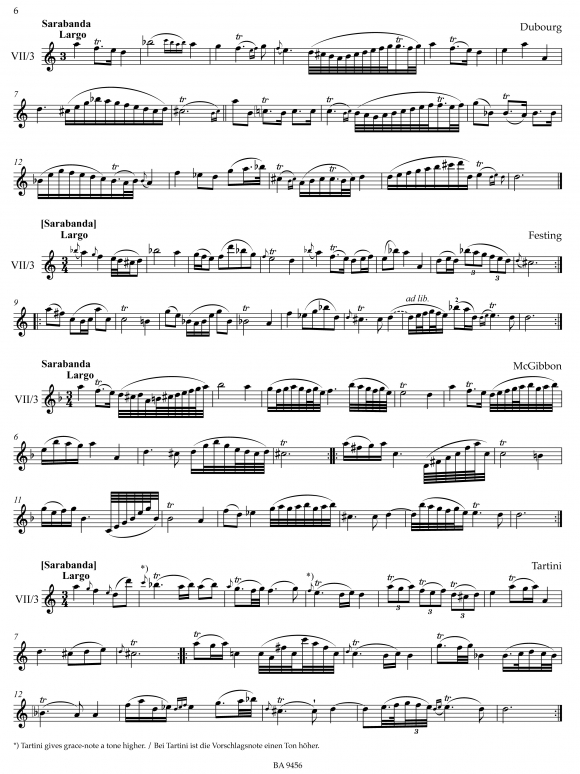