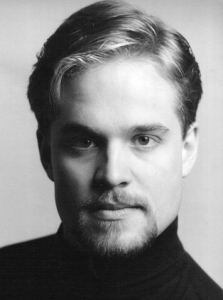 “Lawrence Zazzo, in the castrato role of Amadigi, sang with a sweet, expressive tone, while Patricia Bardon — as his rival Dardano — handled her cruelly low part with clarity and a rich bottom register. Klara Ek brought a touching simplicity to the drippish love-interest, Oriana. But Simone Kermes — as the sorceress Melissa, a lovesick baroque Queen of the Night — stole every scene in which she appeared. Exuberantly hamming it up, she snarled her trills, threw out peals of coloratura, and, in her Act Two duet with trumpeter David Blackadder, brought the audience cheering to its feet.

Glorious stuff. Yet what lifted this performance onto another level was what came between the set pieces. From the first bar of the overture, Christopher Hogwood let the music dance, relishing every detail of instrumental colour — whether pastoral recorders or the swirling harpsichord and theorbo continuo. The singers responded with recitatives as vivid and articulate as anything in Mozart.” 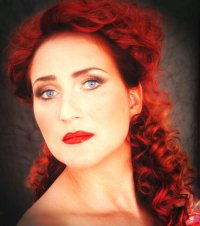 “Many of its arias are formulaic expressions of vengefulness, perturbation and determination. Others, however, are simply gorgeous — the anguished “Ah! Spietato”, for example, or “Pene tiranno” with its sinuous oboe and bassoon obbligato. Four superb soloists — Lawrence Zazzo, Patricia Bardon, Simone Kermes (pictured) and Klara Ek — took every advantage of their big moments, and Christopher Hogwood conducted the Academy of Ancient Music with an expansiveness and buoyancy that may rank as old-school in the purists' book, but which certainly did the trick for me.”

“Though it fails to convince as musical drama, Amadigi di Gaula nevertheless forms an effective display piece for four fine singers, and this concert performance certainly provided us with some spectacular vocalism. The role of Melissa, in particular, requires a great diva, and proved to be something of a natural for the astonishing Simone Kermes, with her laser-like voice, mindblowing technique and thrillingly camp platform manner. Lawrence Zazzo's smugly noble Amadigi was sharply contrasted with Patricia Bardon's introverted, duplicitous Dardano. Klara Ek was the very elegant sounding Oriana. The playing, from the Academy of Ancient Music, was ravishing.”