A recent trip to Leipzig to conduct the Gewandhaus Orchestra resulted in a number of interesting discoveries for Christopher, in addition to a fine week's music-making and an excellent live broadcast of the programme. 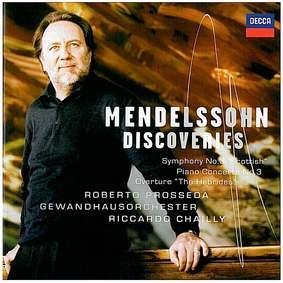 In addition to learning that the orchestra had recently played Christopher's new edition of Mendelssohn's Reformation Symphony on tour in China (where the newly discovered fourth movement was well received), he was also presented with a copy of a recent Decca recording made by the orchestra under Maestro Chailly which included his Bärenreiter edition of the early (1830) version of Mendelssohn's Hebrides Overture — a world premiere recording of this version, played by the orchestra of which Mendelssohn himself was once Music Director.

And, as a gastronomic footnote, after disappointingly discovering that the fine restaurant which he had previously recommended on visits to Leipzig (Medici) had changed hands, he was relieved to find that the whole team had simply moved to a larger venue, and were now called MACIS (Markgrafenstrasse 10, 04109 Leipzig, phone: +49 341 22 28 75 20) adjacent to an enormous organic supermarket and serving totally organic meals, including mineral waters and some fine wines all with impeccable biologische credentials. Still highly recommended.