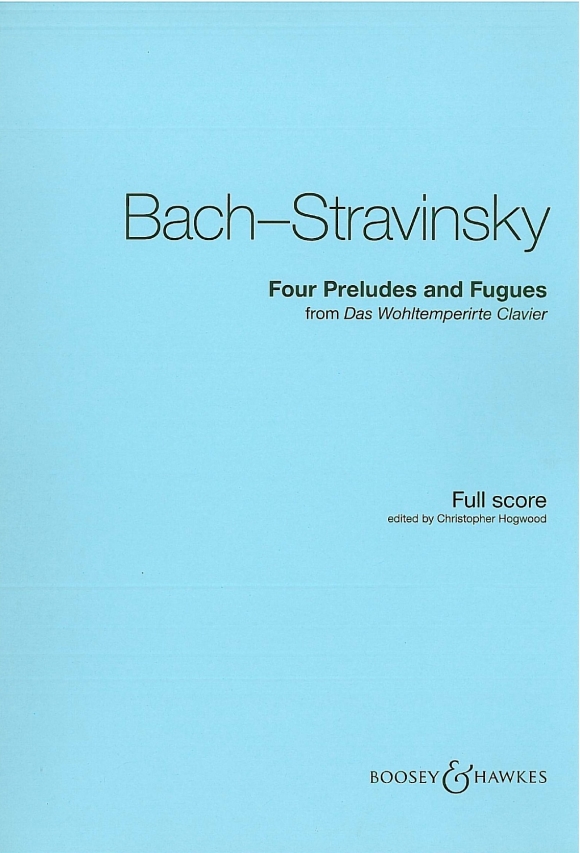 Playing Bach on the piano was Stravinsky's "daily bread"; Lillian Libman claimed he "began every day of his life by playing two or three fugues from the Well-Tempered Clavier", and after the composer's death in 1971 Robert Craft reported finding the E-flat minor Prelude from Book 1 open on the studio piano, the last piece Stravinsky had played three days earlier. His copies of the Czerny/Peters edition are now in the Paul Sacher Stiftung, Basel, along with the autograph manuscript of his arrangements, scored for three clarinets, two bassoons and strings.

In an interview with Craft for the New York Review of Books, he said, "As for my 'aim', if I must pretend to have one, I simply wished to make the music available in an instrumental form other than the keyboard". Although he admitted to including "dynamix" lifted from the Czerny edition, he otherwise added very little phrasing and articulation, and since every bar exists fully scored in Stravinsky's hand, his intentions are rarely unclear. Any dilemmas that required editorial solution are explained in the Introduction and referenced in the Critical Commentary, and several facsimiles illustrate some of the more complex difficulties that had to be resolved.