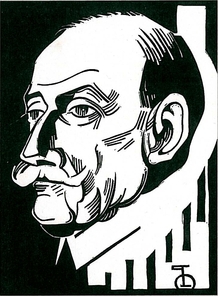 Published this week for the first time is an attractive and lyrical Barcarolle for solo cello with string orchestra and harp by the operetta and ballet composer André Messager, edited by Christopher for Edition HH. The autograph score recently came to light in the USA and is the composer's own adaptation of a Barcarolle for violin and piano he published in 1897. This is a welcome rediscovery for violinists too, for the original version is also included as part of the new edition. Both cellists and violinists will therefore have a choice of either piano or orchestral accompaniment.

Messager (1853-1929), a pupil of Fauré and Saint-Saëns, is known mainly for his theatrical works, including the operetta Véronique and the ballet Les deux pigeons, but he was also, in his day, a reputed conductor, orchestrator, critic and administrator. He directed the premiere of Debussy's Pelléas et Mélisande in 1902, and served as an artistic director at Covent Garden, London, between 1901 and 1907. His Barcarolle represents a substantial addition to the instrumental legacy of a sadly neglected French master.


Solo parts and scores of both versions are available in a single volume (HH238.SSP) from Edition HH, as is a separate set of orchestral parts (HH238.IPT).