Mendelssohn’s Symphony no. 5 (the so-called "Reformation Symphony") was actually the second symphony that the composer wrote; completed in 1830, it had to wait until 1832 for its first performance. It received only one other performance during Mendelssohn’s lifetime which was conducted by Julius Reitz in 1837.

In this new edition Christopher draws on all known sources, making compelling arguments for the inclusion of some of the cuts made after the first performance, including an entire movement which has never before been published.

This new edition is complemented by facsimiles and a Critical Commentary. 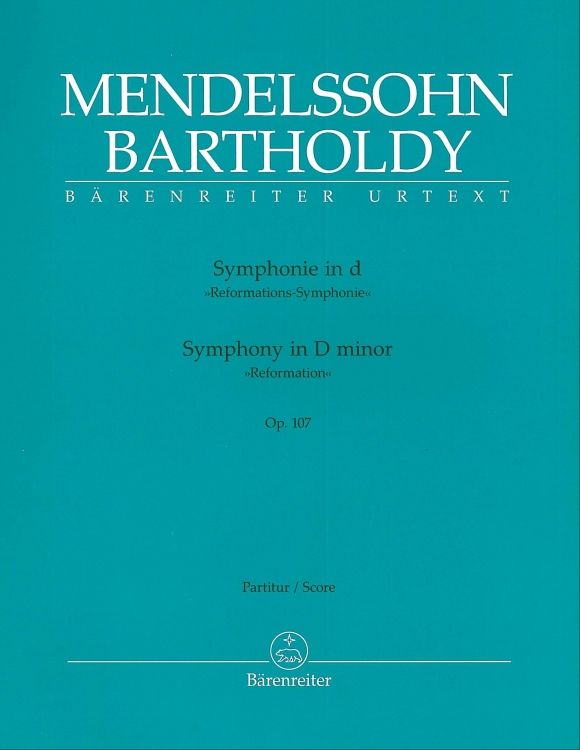 Other Mendelssohn editions by Christopher which will appear during this anniversary year will include the overture Meeresstille und glückliche Fahrt and the Symphonies nos. 3 (“Scottish”) and 4 (“Italian”); these works and others from his Bärenreiter catalogue will also be found in several of the concert programmes he is conducting this season throughout Europe and in Japan. 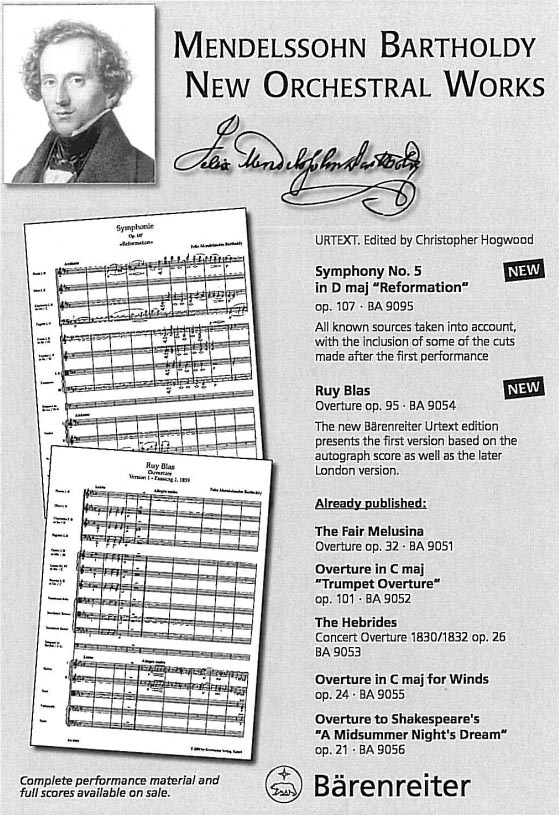