December brought the day of our Christmas lunch. Christopher’s employees and those of the Academy of Ancient Music joined together for a festive lunch on 8 December. Food and drink flowed a plenty and the festive mood was then set for the Christmas season. Two unusual suspects provided entertainment: a delightful puppy named Nutmeg (recently acquired by Charlotte Wadham, Christopher’s Manager), and a serpent of the musical variety, played by Chris Lawrence, General Manager of the Academy of Ancient Music.

Anita Codling and Lotte Attwood were busy providing excellent food. We enjoyed cooked ham with vegetables (including peas in cream with lettuce and spring onion — requested by the Academy of Ancient Music!). We then enjoyed delicious Cornish Yarg cheese, as well as other favourites. For pudding, there was a choice of Key Lime Pie, red fruits with vanilla ice cream, white chocolate and mascarpone tart with blueberries and redcurrants, and mince pies. 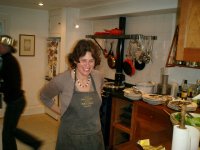 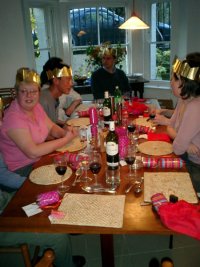 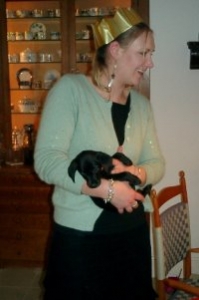 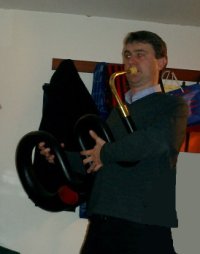