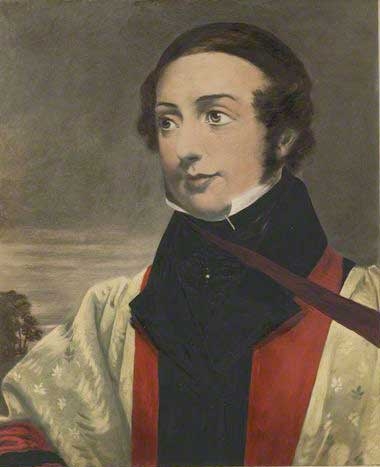 Thomas Attwood Walmisley (1814–1856) is a composer almost exclusively remembered for his church music. Taking lessons in composition and playing as a church organist from an early age, his talent secured him the joint-organist posts of Trinity and St. John's College, Cambridge, at the age of nineteen. Walmisley became one of the most influential figures in the history of the university's music faculty, taking over the chair of music aged twenty two. He substantially raised the standing of the faculty and offered lectures on music open to all members of the university, notoriously shocking his audience at one lecture by championing the music of Bach, a composer who had not yet enjoyed the kind of revival that would make his name so ubiquitous. Walmisley was a highly respected choral trainer and composer, turning the choirs of Trinity and St. John's College into some of the best in the country, and his compositions are considered to be pinnacles in the repertoire of English cathedral music.

Walmisley's secular music is largely unknown today, though he did compose a small body of songs, chamber music and orchestral works. These two newly edited Sonatinas for oboe (flute/clarinet) and pianoforte, offer an early Romantic view of classical form and exploit both instruments ingeniously and with originality. Original music for oboe and piano is relatively rare, especially from 19th-century England. Since the pieces were also published as flute works after the composer's death, and appear in manuscript for the clarinet, this appealing repertoire will be available not only to oboe players, but will successfully meet the programming needs of other wind recitalists.