Unlike many of his bravura contemporaries, Cramer regarded himself as a Mozartian by temperament, and intellectually a devotee of J. S. Bach. Beethoven considered him to be the best of all living pianists, recommending him as a teacher, and the English knew him affectionately as "Glorious John", a compliment to his refined nature and flawless musical style (and an acknowledgement of his long-term residency in London). 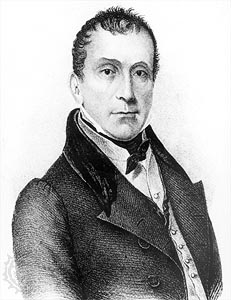 The present set of three contrasted sonatas was dedicated to Haydn and first published in Vienna in 1799, shortly after Cramer had met the composer. A contemporary criticism noted that they were "more economical than usual", and their technical restraint and formality make them a perfect tribute to the previous century; the third sonata, for example, opens with a type of arpeggiated prelude that harks back to Bach and the baroque, while also looking forwards to Mendelssohn. All three works are models of classical clarity, and Cramer exploits the full range and sonority of the fortepiano, with exact indications of pedalling and dynamics. This edition also includes extracts from his Instructions for the Piano Forte, which explain his ornamentation and markings, even distinguishing between the grand piano and the smaller, square piano.

Also newly-available from Edition HH is a separate piano part for Christopher's 2008 edition of Mozart's Grand Quintetto, an arrangement by Schwenke of the Gran Partita K361: pianists may now enjoy the luxury of fewer page-turns than are to be met when playing from the score.