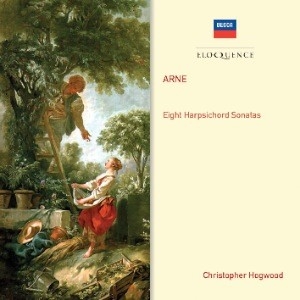 Arne: Eight Harpsichord Sonatas (1974)
This was Christopher Hogwood’s first record for L’Oiseau Lyre, and this issue marks its first international CD release. Whereas Arne’s career lay primarily in the theatre (his melodic gifts ensured success not only in Italianate opera, but in masque and pantomime as well), an appointment in 1754 as composer to the Vauxhall Gardens meant that he needed to exercise his talents in keyboard concertos as well as song writing. Rarely recorded, the Eight Harpsichord Sonatas (all Arne ever composed in this genre) are a delight. The Italianate influence of Scarlatti, Zipoli and Alberti is present, but there is also something of the galant style of German writers. For this recording, the original 1756 edition was used and the recordings were made on Kirckman (1766) and Blasser (1744) harpsichords. Christopher Hogwood provides a new introductory note to this issue as well as notes on the music and the instruments used. 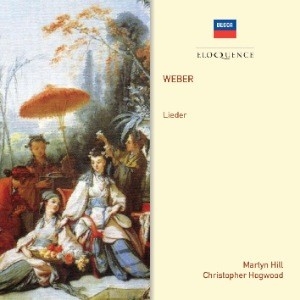 Weber: Lieder (1976)
Weber’s operas surface reasonably regularly in opera companies’ repertoire around the world, as do his Clarinet Concertos and Clarinet Quintet. So it is a joy to welcome to CD for the first time a recording specifically selected for reissue by Christopher Hogwood. It was recorded with the young Martyn Hill in 1976, and the instrument is an original nineteenth-century fortepiano in the Colt Clavier Collection. The songs have more than a touch of Schubert about them, but are a significant contribution to the Lieder repertoire in their own right. The genesis of this project is in itself a story worth telling and appears as part of Christopher Hogwood’s delightful introductory note. 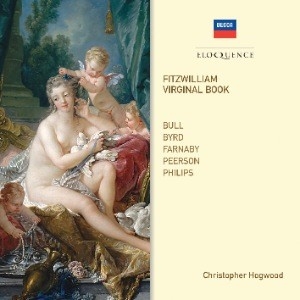 Fitzwilliam Virginal Book (1981)
The Fitzwilliam Virginal Book is one of the most important collections of keyboard music of the 16th century. Following the success of the double LP released to accompany the Folio Society’s publication Music at Court (also written by Christopher Hogwood), the Society commissioned further recordings of music connected with royal courts. The Fitzwilliam Virginal Book, along with Musique pour la Chambre du Roy (see below), was part of this series, and the collection was imaginatively distributed to the Society’s members, together with suitable vintages. To suit the music — by Farnaby, Byrd, Philips, Peerson and Bull, together with anonymous compositions — the recordings were made on different original keyboard instruments: virginal, organ, harpsichord and spinet. The recording received critical acclaim and was a Gramophone Award nominee in 1983. This marks its first international release on CD. The booklet includes the original LP sleeve notes as well as a new introduction for the reissue penned by Hogwood himself. 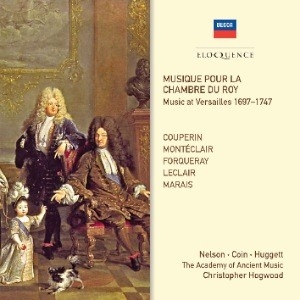 Musique pour la Chambre du Roy (1982)
This seminal recording of French court music returns to the catalogue, now with each item and/or movement individually indexed. The offerings encompass both suites and cantatas. The music — written both for and around the court life of Versailles (1697–1747) is sophisticated and elegant, taking us from the post-Lully era to the final examples of great French baroque chamber music, that of Leclair. The collection is notable for the pure, unsullied voice of the late Judith Nelson (a long-time collaborator with the Academy of Ancient Music) and viola da gamba player Christophe Coin’s simultaneous narration of the slightly grisly description of an operation to remove a gall-stone! The booklet includes the original note, texts and translations of the vocal items, and Christopher Hogwood’s own newly-written introduction for this reissue.